SPECIAL AMAZON 2/4: THE 7 MAIN THREATS TO THE BRAZILIAN AMAZON 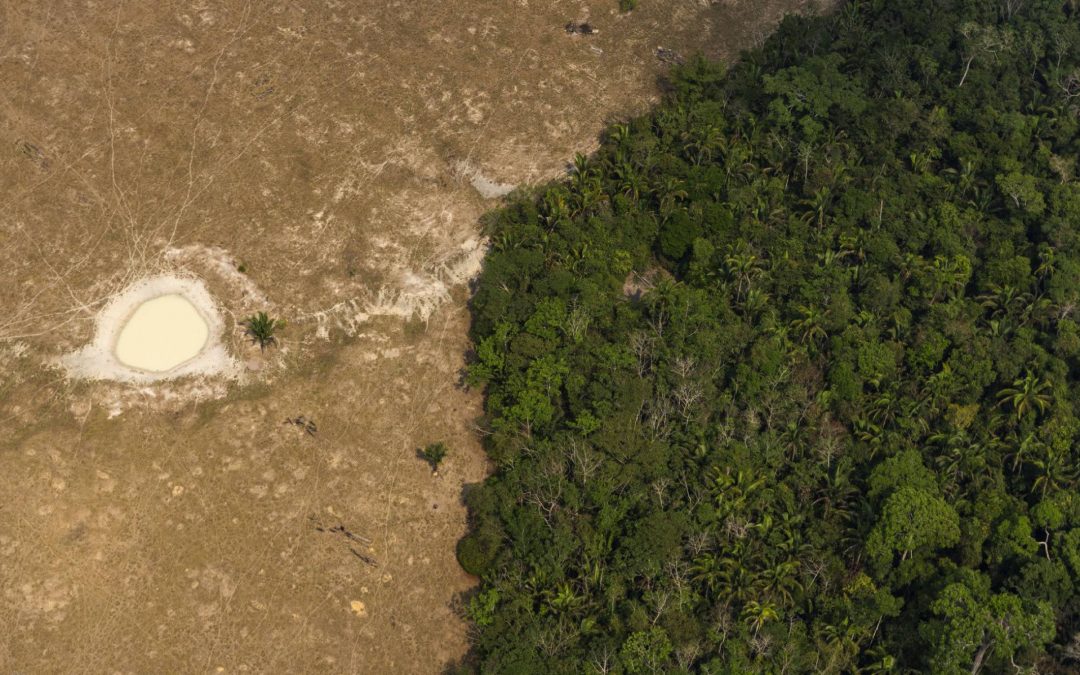 Which are the industries behind the Amazon deforestation?

Which are the ilegal activities that generate incomes by putting down the forest?

Which are the ilegal jobs that attracts young people from the Amazon?

We have first explained about the Brazilian Amazon in numbers in our first post of this Special Amazon series and pointed out that we cannot ignore our responsibility over the largest rainforest in the World, that has the biggest river basin and fresh water supply of our Planet and a great participation over climate changes.

In this post we will point out the 7 main threats to the Amazon nowadays and clarify which industries are behind the deforestation purposes:

– Cattle raising: responsible for almost 70% of deforestation, pastures (mostly with low productivity) are the biggest threat. We are destroying the Amazon to turn it into cattle pasture;

– Agribusiness: based on the harmful principles of large landowners, machinery (opposite to job creation), pesticides (hundreds of them already banned in other countries), transgenics and extensive monocultures such as soy. Small producers in Brazil are responsible for 70% of the population’s food production, while agribusiness is dedicated to monoculture in the production of grains that feed national and international cattle;

– Mining: The existence of valuable minerals such as iron ore, aluminum, copper, gold, manganese, kaolin, tin and gas transform the forest into large deforested holes, in addition to contaminating rivers and soil with minerals used for mineral extraction;

– Mega hydroelectric: the famous projects that promise to bring the energy needed for the development of the country, without really accounting for the social and environmental damages. The displacement of populations from their traditional territories (without due compensation and relocations), the flooding of huge areas of forest, which means the loss of habitat for species of fauna and flora, the disappearance of fish that can no longer migrate and
that sustain whole communities, the profound changes in the microclimate (temperature, humidity, drought and forced flooding to maintain the dam´s water levels), as well as the enormous social pressures that relocating thousands of man-workers to small towns causes;

– Timber extraction: Deforestation generally means loss of species habitat and ecosystem imbalance, as well as the extraction of scarce trees that take a long time to grow without respecting the natural capacity of the forest to recover;

– Biopiracy, wild animal trafficking and illegal hunting: Wild animal trafficking is the third most illegal money-moving activity in the world (only after drugs and weapons) and Brazil is one of the main targets, with fish, birds, insects, mammals, reptiles and other animals from the Amazon fauna illegally traded. Biopiracy, misappropriation of fauna and flora resources, such as international patents of indigenous traditional knowledge or the manipulation of Amazonian seeds, are also threats, such as the rubber tree seeds that were smuggled by England in 1876 to produce latex in Malaysia at a lower cost, breaking the Brazilian rubber production industry;

– Irregular occupation and roads: For all of the above reasons, a huge population moves to remote regions and is forced to engage in illegal practices for their livelihoods, resulting in the opening of illegal roads and irregular occupations with poor living conditions and violence.

According to indigenous leader Ailton Krenak “with the context of climate change on the planet, the co-responsibility of peoples, including indigenous peoples, is to diminish the intensity of activities in regions where ecology has the regulating role of the planetary climate, which is the Amazon, and other regions where indigenous peoples guard different territories”. However, with a new federal government determined to dismantle the already weakened environmental public policies in Brazil, the scenario is increasingly disapointing.